The best thing about Shiraz was the ride out of Shiraz.
We arrived from Bandar Abbas, slept well in the bus, so almost the whole 9 hours. I got my omelette for breakfast in a breakfast bar and the trip out of the city, well, waving all the time was announced. We were even encouraged to ride a horse. With the horse by the Mongolia, hm, dream or nevertheless another goal? 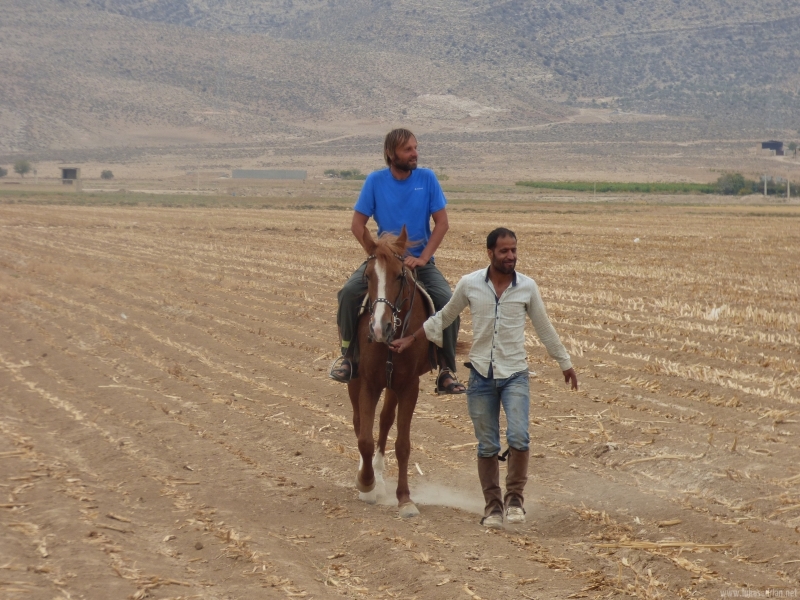 END_OF_DOCUMENT_TOKEN_TO_BE_REPLACED

With Ali we first drove to a street with bicycle shops. In Tehran the shops are categorized like in Istanbul. That means, if you look for a lamp, you drive to a street with 40 lamp shops.
My rear wheel was quite worn and had to be replaced. The brake pads, which were quite small after 9500 km, were replaced by those from Bosnia-Herzegovina. Now I’m curious whether they can withstand more. 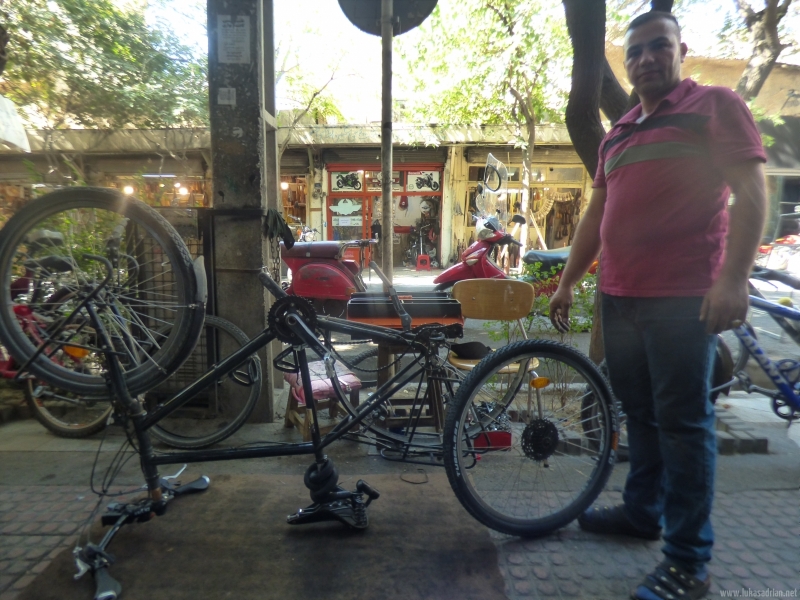 END_OF_DOCUMENT_TOKEN_TO_BE_REPLACED

Now it’s Iran’s turn, together with Germany the 12th country of my journey.
Since the border is being renovated, I found the construction site houses, which serve as an office, and the people everywhere very chaotic. There were some annoying children walking around, who disrespectfully wanted money and always wanted to get on their bikes. While Michael fetched the stamps, I played watchdog. Several times people also wanted to change dollars, I had to refuse every time. Since lunch break was, the procedure lasted altogether perhaps 1 hour.
Then we were finally in Iran! Shortly after the border we took a break and ate something. A car came by with some people who wanted to have their siesta there as well. After a short conversation we had a place to sleep in Urmia, which was offered to us by a worker who spoke German.
We drove on through a beautiful valley, along a river, with hairpin bends, when we were stopped 20 minutes later. A woman wanted a photo with us and immediately gave out her phone number. If we had any problems in Tehran, just give us a call. She spoke fluent English.

WOW, this is supposed to be Iran? So nice the people?

A few km further on there was the first Çay tea. See there, the tea cups are bigger! We hoped that they didn’t want any money for the Çay, because we had nothing. But luckily it was free of charge.
Also interested are the huge signs with among others “USA is the real terrorist”.

Looking for a place to sleep was the order of the day. 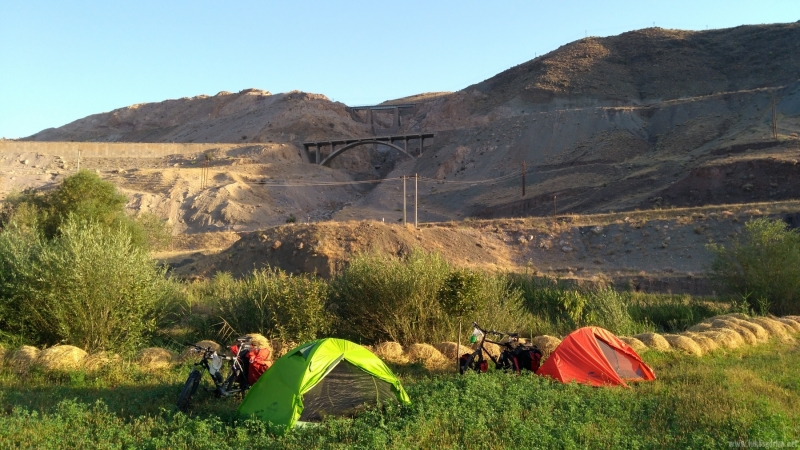