In Hanoi there is a lot of party, a lot of events.
The food in Vietnam is very meaty. There are even in some street food restaurants for tourists a menu with other and more expensive dishes.

To get a 3 month visa for Vietnam, I had to leave the country first, so I went to the Philippines for a month.

The Philippines are cheaper, a good, big, local food is available for about 2 dollars.
Grab also works here. Jeepneys are cool. 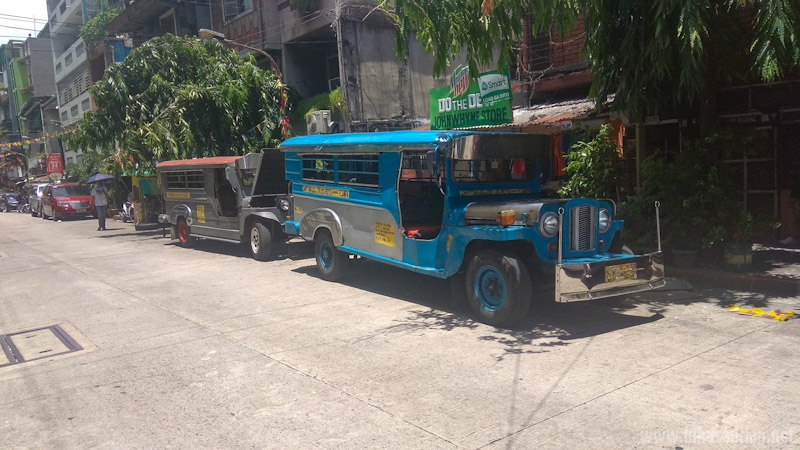 After an uncomfortable 12 hour bus ride to Legazpi, which lies at the active volcano Mayon, I did not stay as planned one day but four. I felt at home in the Big Dream ECO Hostel. 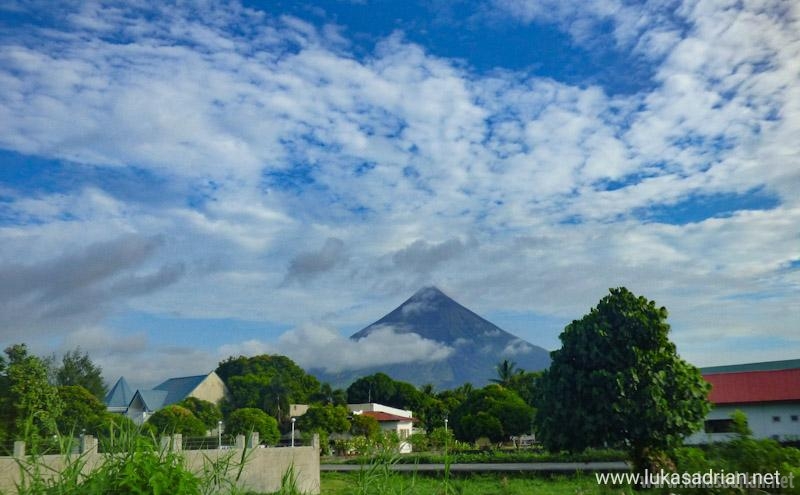 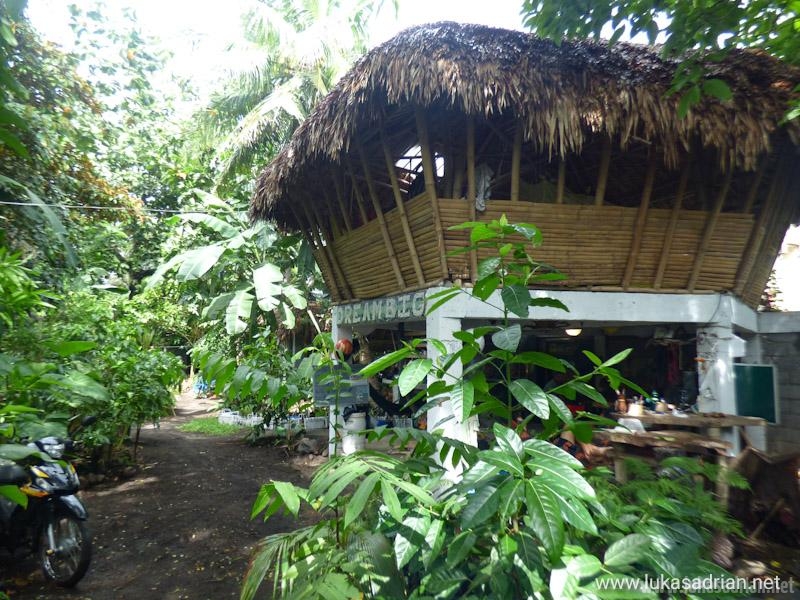 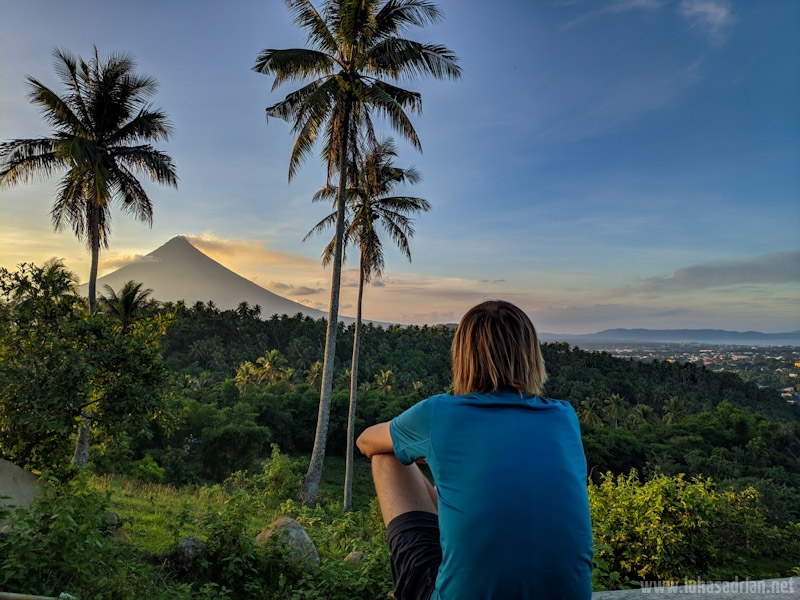 At some point I had to leave the hostel. I listened to the tip of the owner Mario and drove via Tabaco to the island Cataduanes. In the port city San Andres many people looked at me as if I were a ghost. Some said hello, others just looked. Then I greeted them too.
After the only vegetarian meal was an expensive pizza, I walked along the beach. Smiled at by some Filipina women and invited a few men to drink, I left the city and spread out on the beach outside in my tent.
I had no idea where or what to look at there and let myself drift. That is, I just watched what happened. 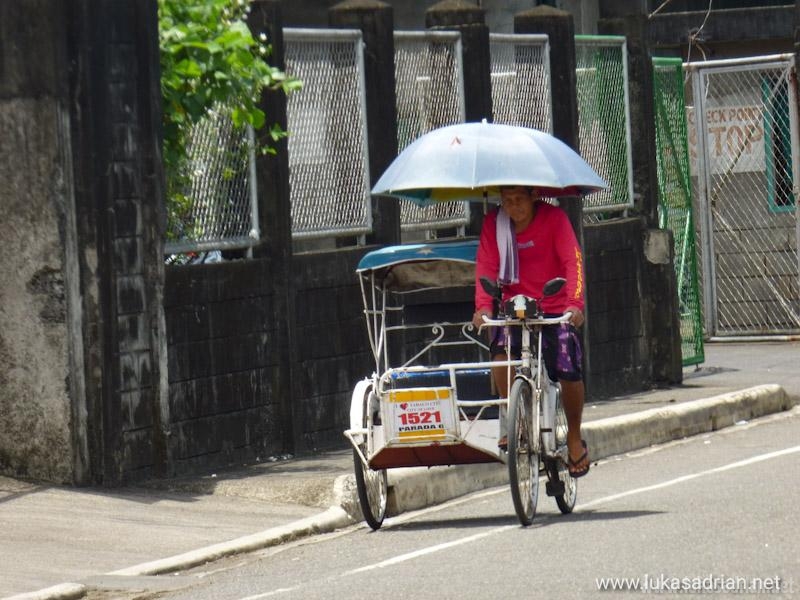 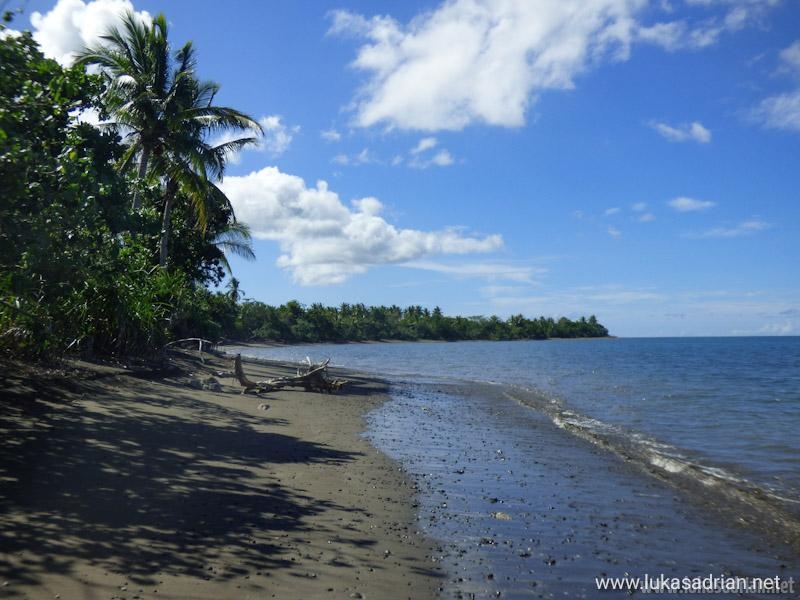 In Virac, I sat down and waited for a moment. After about 10 minutes I was approached and already the recommendation Puraran Beach fluttered towards me. So with a small transporter, also called van, I went there.
On the beach I tried my hand at snorkeling and beach volleyball with some other people. In the evening I went into the tent. 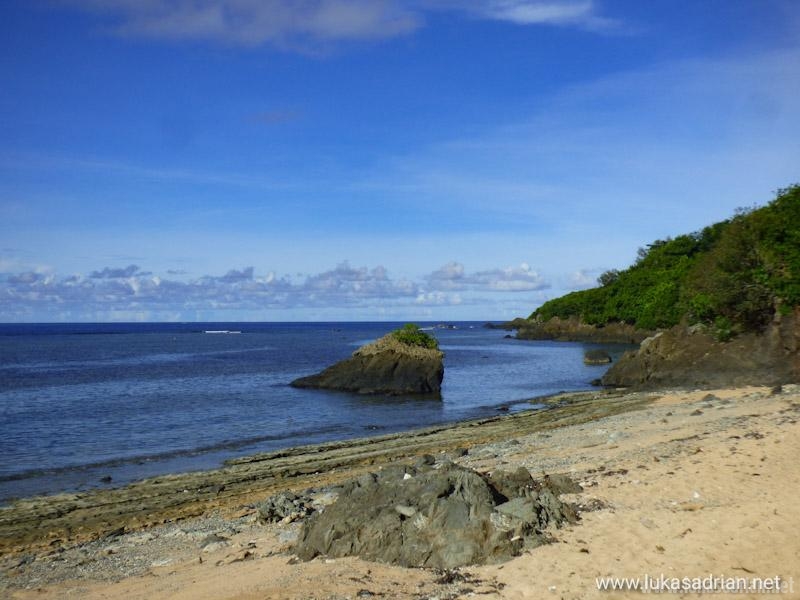 In the morning the view from the tent 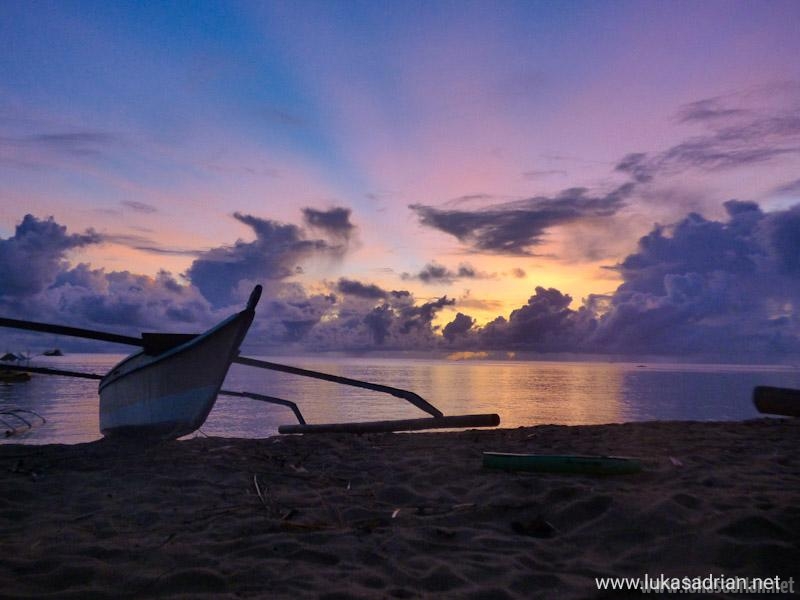 Now I wanted to circle the island and Gigmoto caught my eye. There I wanted to go to the hotel, if it was cheap. But nothing really went from the beach. Also hardly cars, only scooters.
After 3 hours waiting for an empty van, a resident took me on the scooter. His wife lives in Gigmoto, he works in Virac, about 1 1/2 hours away. On the way he told me that a lot of Abaca is grown on the island. Abaca is a fibre and is extracted from a certain banana plant. Dissolved in water it is used for special cellulose products like paper for tea bags, cigarette paper, sausage casings, banknotes (currently only in Japan) and industrial filters. Due to their saltwater tolerance, the fibers are also used in the manufacture of ropes, ropes and fishing nets. In addition, hammocks, carpets and transmission belts – even Mercedes uses abaca as a glass fiber alternative in cars.

I stayed at the Hotel Cj’s TravelIn for 500 Pesos (about 8,50 Euro).
In the evening I visited the village and was of course again examined by everyone.
The next day Randalf, the hotel owner, played the tour guide and showed me the surroundings. He told me a lot about it.
I also got an incredibly tasty breakfast with egg, beef and fresh fried fish in a soup with spices (Moringa among others) from the garden. I decided to eat it although I was a vegetarian. Unfortunately, the island hardly offers vegetarian food. But I am not allowed to be squeamish. It was so delicious… 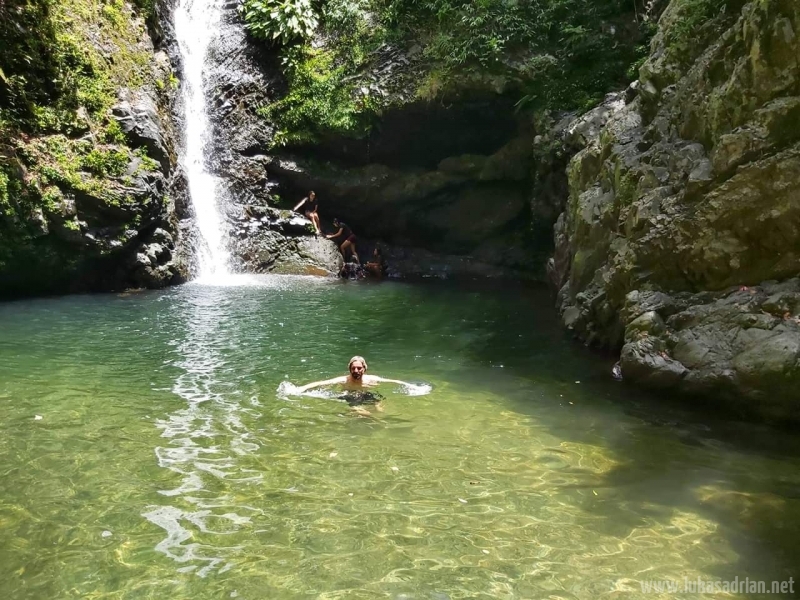 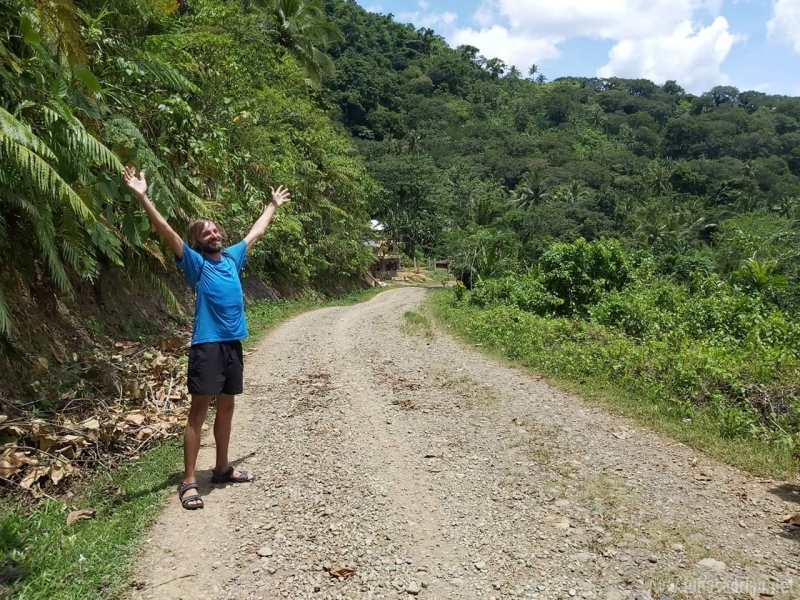 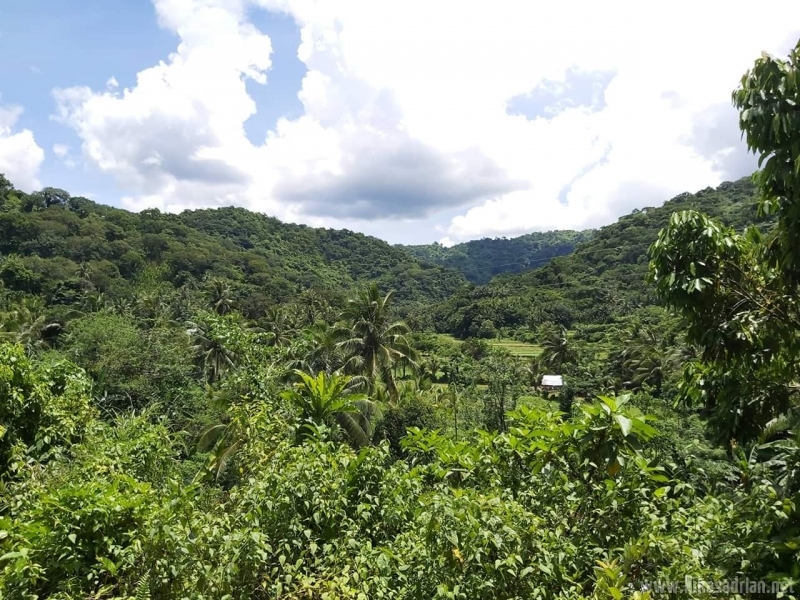 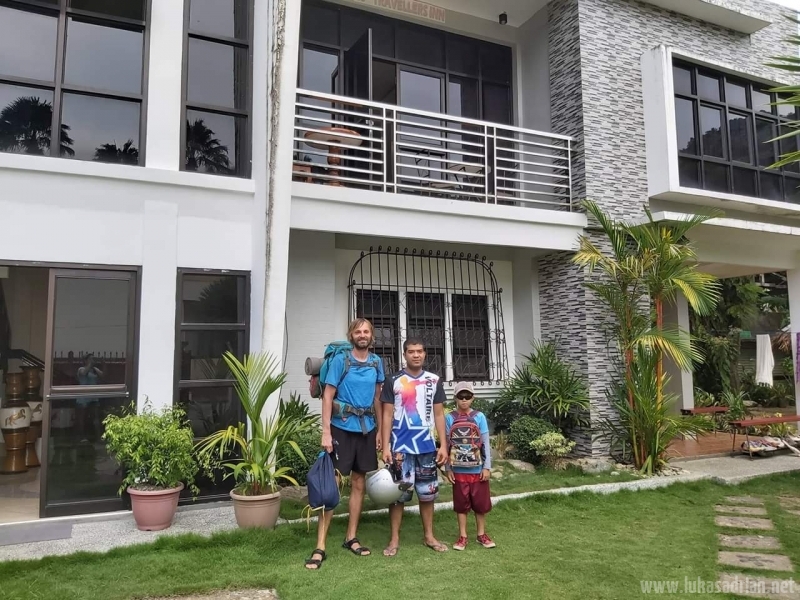 Now I saw a small island on the map, so I wanted to go there. Seemed to be on the route when I wanted to circle Cataduanes. But wrong thought. The Van’s drive a little different. So back to Virac and then to the region Payo, from where I wanted to drive to the island Panay Island.
Randalf took me with the scooter. His son also wanted to go, so we drove about two hours to Virac.
I stayed the night for about 4,50 Euro, 250 Pesos, because it was already too late.
For about 2 Euro it went two hours squeezed in the van to the port in Payo. By the way, the vans bring you almost to the front door. Too bad that Europe has so many rules and makes it more difficult in some areas.

But it was low tide and therefore four hours wait announced. 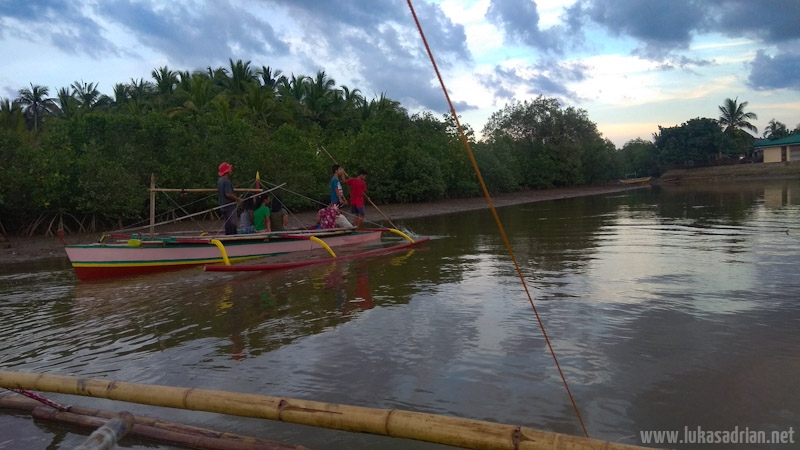 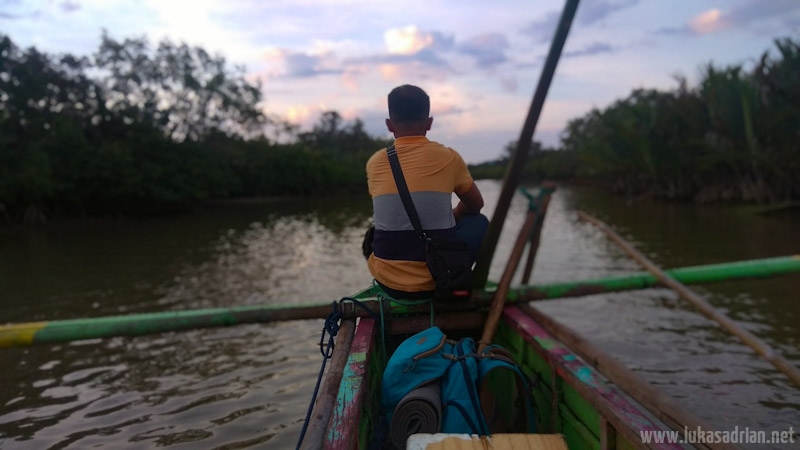 In the boat, I was talking to an islander. This led me to stay two days in the Barabgay (village) in Panay Island. I was invited and could see the most beautiful beach of the island and learn to snorkel.

My first photos under water 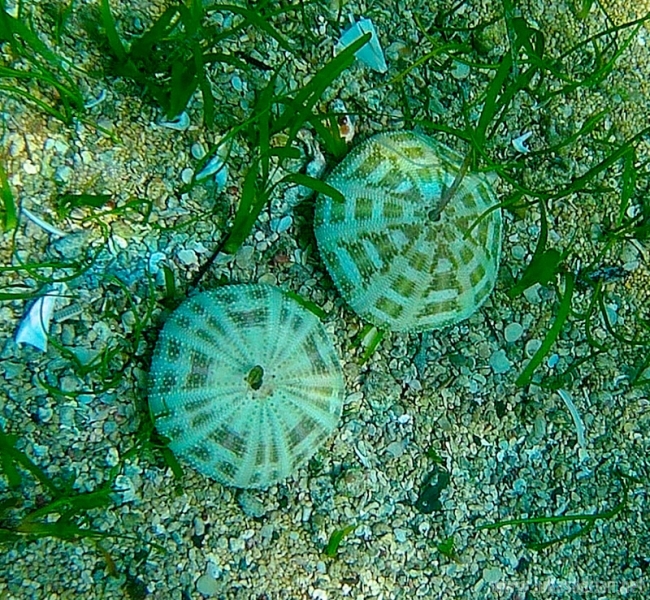 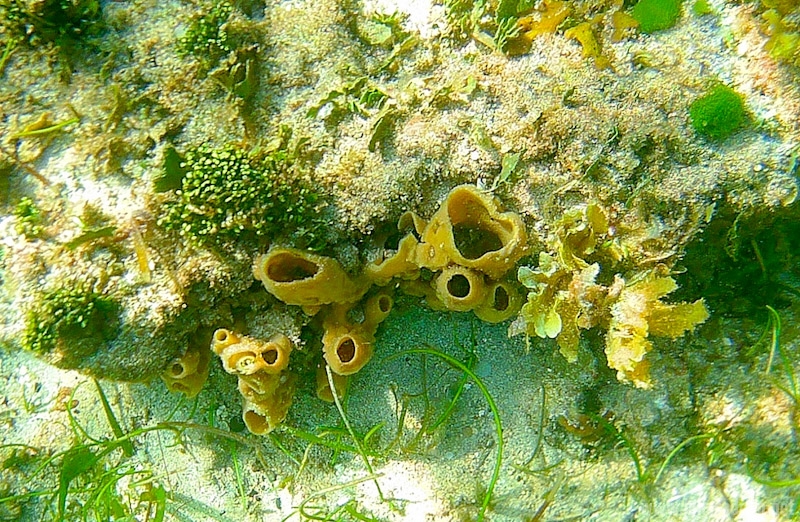 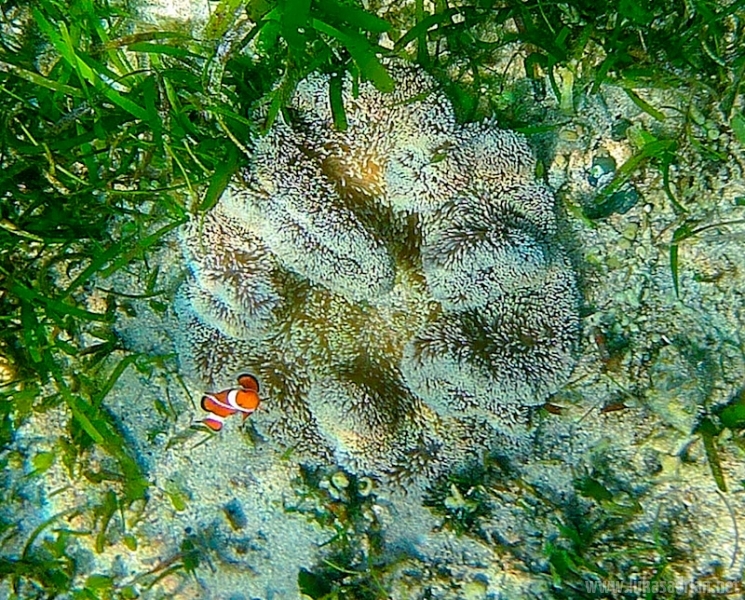 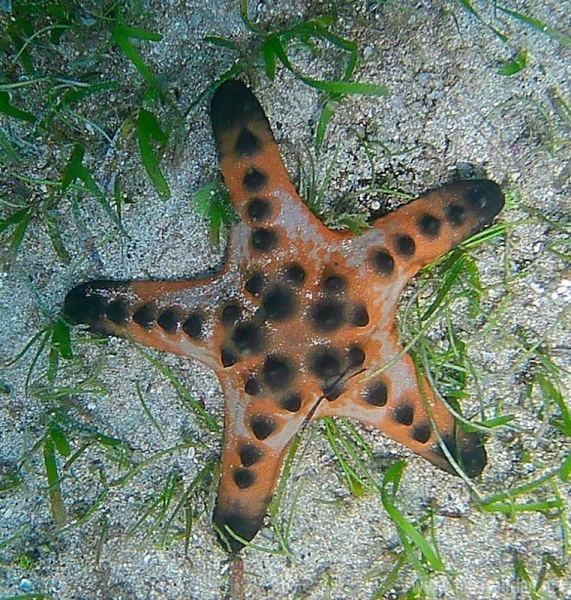 I watched the people working the rice fields with the Carabaos (water buffalos), spent a lot of time with the kids, hung out in the hammocks with the inhabitants and enjoyed the day on this green island, it was so great.
There is currently no running water as it is too dry. Water flows in the centre of the village, so people get it in big buckets. You can also wash yourself there. Almost every evening there are still power cuts. But nobody is bothered. Mobile phone reception is also scarce. Drinking water cannot always be bought, but cola. Very loud music is also gladly heard, does not disturb anyone. In the evening a few inhabitants drink Jin every now and then. What was shocking for me, however, was the way I dealt with garbage, once again. Just throw it on the floor. Fortunately they produce little of it, but still not good. 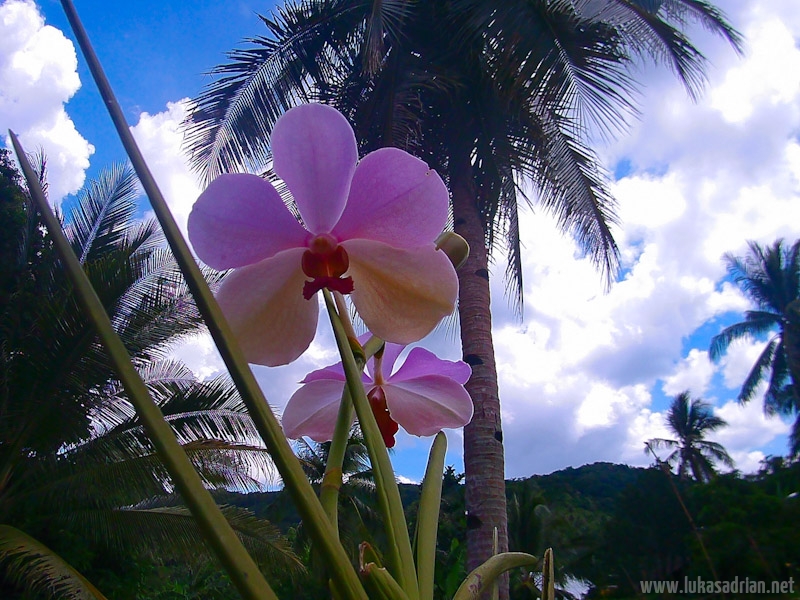 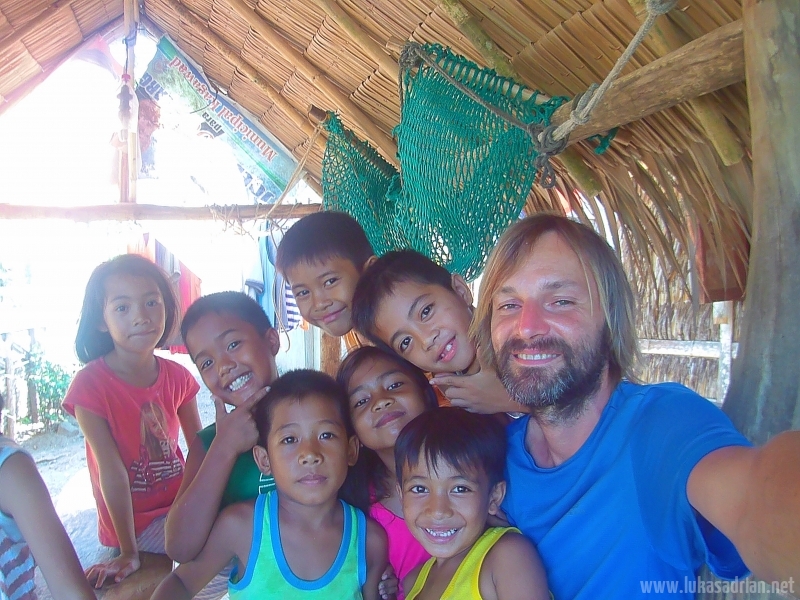 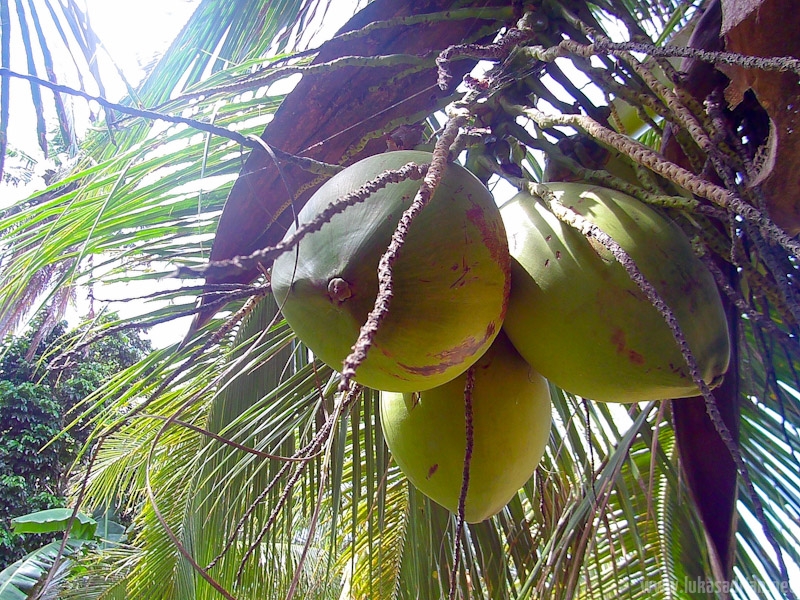 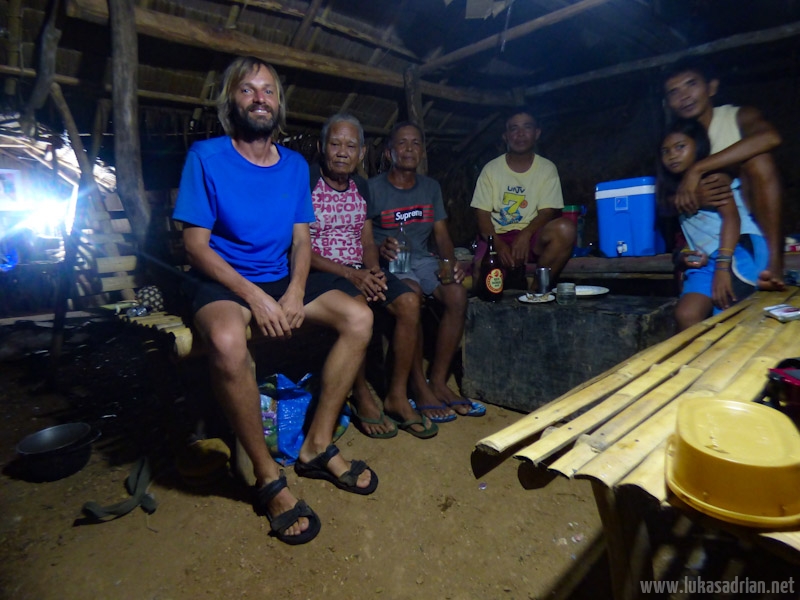 It went on with a heavy heart. Now it should go to Panada. So for 100 Pesos (less than 2 Euro) back to Virac. Naturally squeezed in the van. About 17 people were in it, I think 12 fit in. From Virac it went for 150 pesos to Panada.
One day I wanted to stay, there were three of them. It was difficult to go out for dinner because I was constantly approached by people. I quickly felt accepted and comfortable here on the island. Unfortunately there is no running water and also frequent power cuts. Now that I’m typing this, we haven’t had electricity for about 7 hours. But it also works without 🙂

By the way, there are about 20 languages in the Philippines. The main language is Tagalog and somehow it resembles the Spanish language. Often also English words are used. Many Filipinos also speak English. 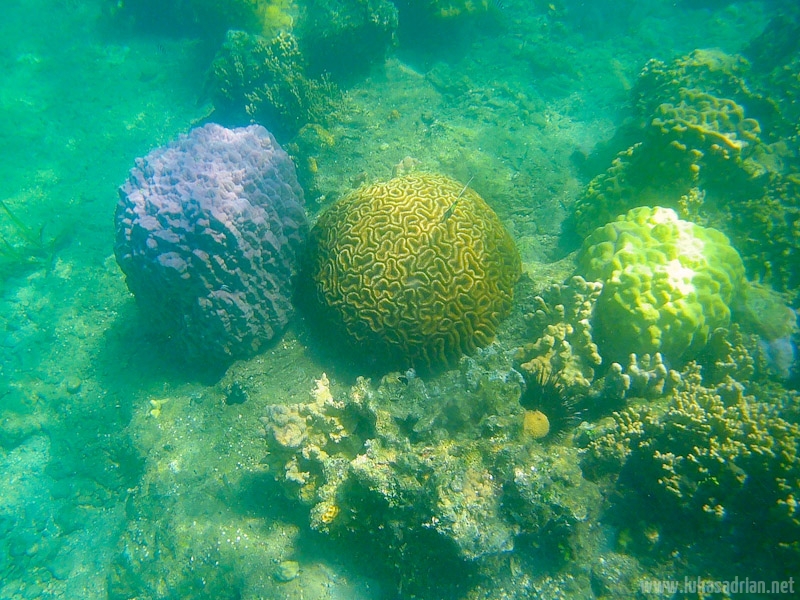 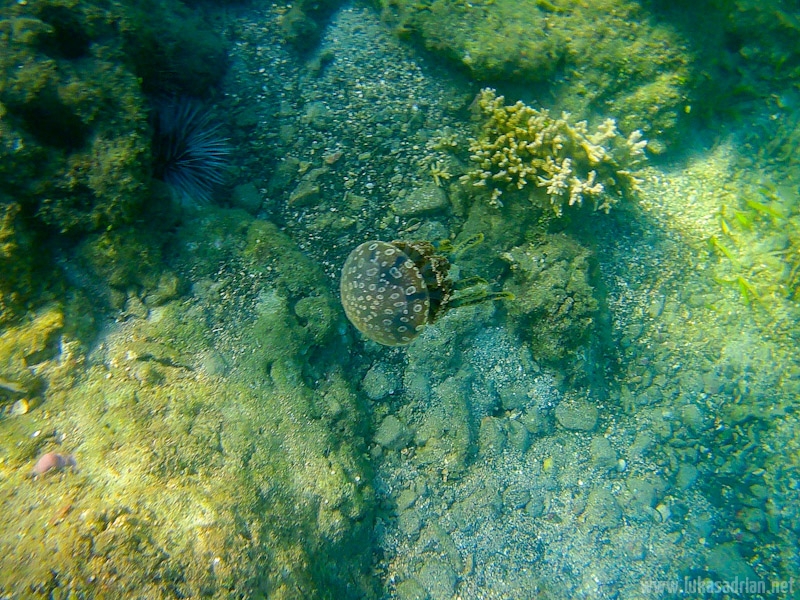 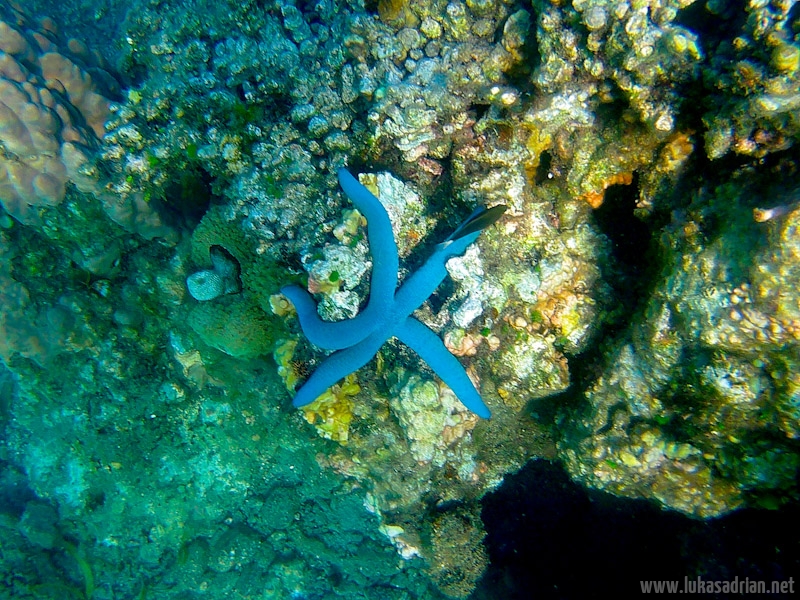 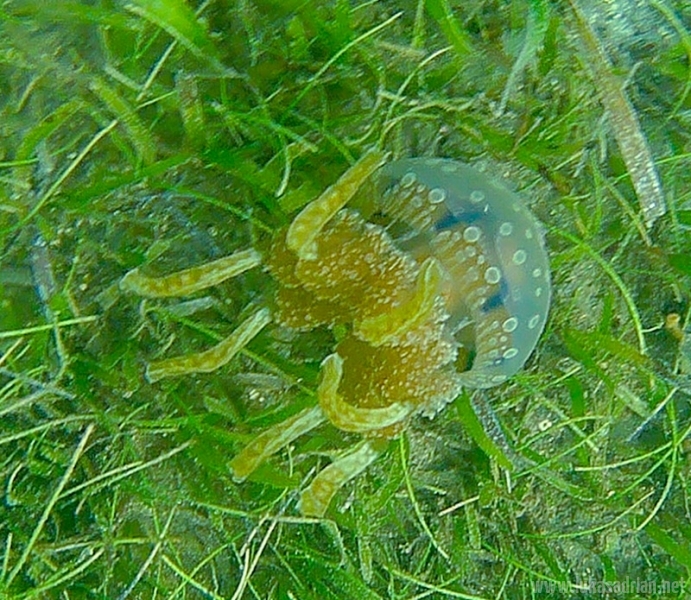 These things are contracting. They also have very small feet at the end. The longest one I saw was 2 m long.
​ 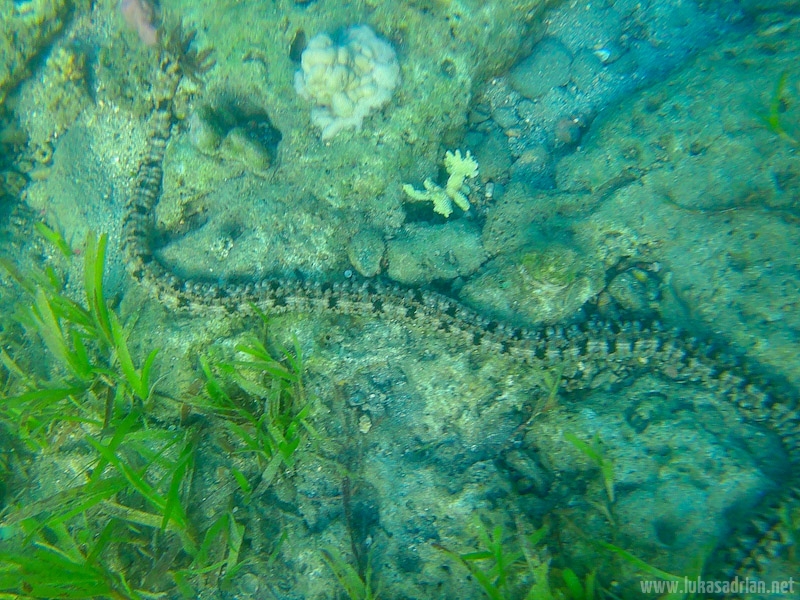 Incredibly beautiful the underwater world. At the corals you can see many small colorful fish. Wow!
I feel so happy and comfortable here. Maybe this is my country. I will definitely try to come back here next year for a longer time.